From creative and innovative stuff to slightly political and intellectual topics, the owner of Meryi.com (unashamedly yours truly) has a variety of interests in different subjects, and has an eye for details in looking out for interesting ideas across different fields and also rarely wrong when identifying talented people.

For the local media scene, these are the 3 young women whom I think will shine sooner or later in the media industry field, but where they will end up is hard to tell, whether they are eyeing only for Singapore and Malaysia prominence, the greater Mandarin world, ASEAN, or going for internationalism. But most importantly is for them to continue to enjoy what they are doing and for them to carry on doing what they like at their own pace.

Here are the 3 upcoming self-made artistes from Singapore.
(Not in any order of prominence or social media numbers) 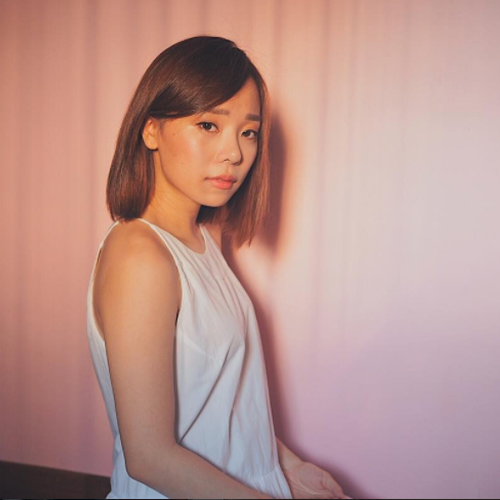 She started with an interest in song writing and singing. Took part in SAFRA's The Ultimate Voice 2015 singing competition and won the Group Acoustic championship, but her first breakthrough really started with her acting debut in an 2016 online drama series "Geeks vs Bloggers", a brainchild of freelance videographer/director Martin Hong.

Subsequently, one thing led to another and she was then given another female lead role in a new online drama "The Breakup List", directed by TreePotatoes with the distribution channel managed by Mediacorp's Toggle; leading to hundreds of posters on the show advertised throughout Singapore via bus stops' media advertising channels.

But her real talents lies in singing. Do check out some of her singing videos in different languages below:

(We are hoping her next move will be to create her own songs, her own M/V in near future etc. Also all the best for her potential acting career.) 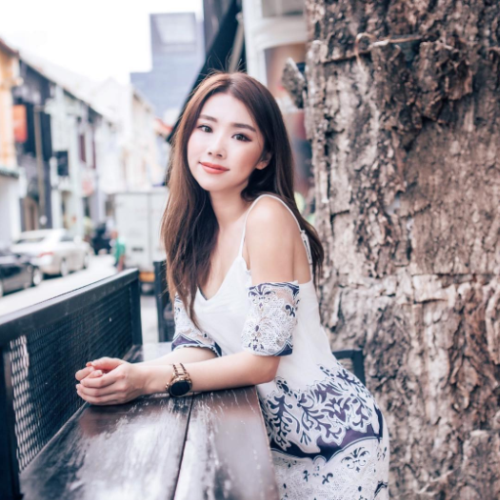 Mong Chin started from a very different path being a school team badminton player during her TKGS days, gradually becoming a badminton coach for schools before switching over to the beauty and media industry out of hobby. All these while she pursued her Bachelor of Accountancy degree at SMU in which she graduated. Very multi-talented indeed. Her grit can also be seen throughout all the things that she do. As of right now, she is one of Singapore's most consistent social media influencer with new contents published at least twice daily. She was also featured in an online drama series before and also very recently hosted for Fancl Singapore's promotional campaign. Check out the video of her interviewing Janine Chang below: 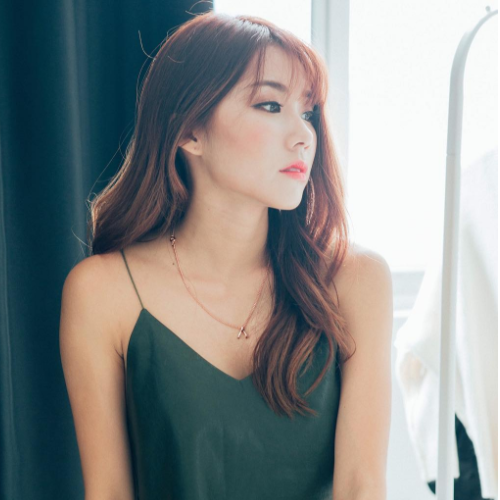 (There's a good chance she might one day become a full-fledged celebrity host similar to Michelle Chia or further. She also has a very media-friendly face, so hopefully some day some mainstream local jewellery brands like Poh Heng Jewellery or Lee Hwa Jewellery will start looking for her for endorsement deals. We hope to see her endorsement banners around Orchard Road buildings in years to come!)

3. Boon Hui Lu (@BoonHuiLu)
- Singer with a few million-hits mandarin cover songs M/V of her own 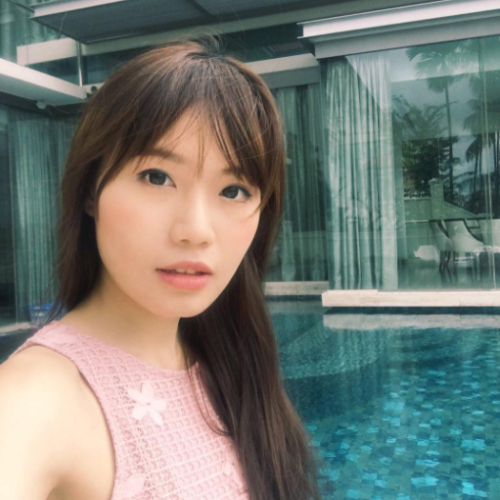 While less well known in Singapore's own local social media sphere, Boon Hui Lu is actually likely one of Singapore's most successful singer so far, with the total views of her videos crossing 50 million mark, something that I think has not been accomplished by many other Singaporeans, other than maybe JJ Lin and By2. Her fans however are mostly from the greater mandarin world ranging from fans in Taiwan, Malaysia and also from Singapore, so singaporeans may not be able to easily identify her as a Singaporean at first, until further reading on her.

Recently she was also invited to sing at Hope 2017 Charity Mini Concert, a charity event in Malaysia's Johor Bahru where artistes from both Malaysia and Singapore were invited. She is probably a lot more famous beyond Singapore than in Singapore, but we sure hope that she will also appear in our own local media scene more often! (Or maybe come out with mixed mandarin-english songs similar to how k-pop breaks international success with mixed use of Korean language with a few english words in each M/V. This way Singapore might be able to come out with its own genre that might appeal to both the mandarin world as well as the international music community. Our mandarin songs and M/V often lacks english subtitles and the multi-racial elements hence effectively shortchanging our music genre to only the greater chinese world closed off from becoming international, whereas even Spanish songs like Despacito could reach international prominence although Puerto Rico is no doubt a territory of the United States connected to the western world)

Hui Lu is also well connected with other famous names like Malaysia's Name Wee which was previously mentioned in my other article on my other website Altairo.com. Do check out some of her other hit cover M/V!

Meryi.com and Sapphiro Internet genuinely wishes all of the above 3 mentioned Singapore artistes a great success for their upcoming and future endeavours.